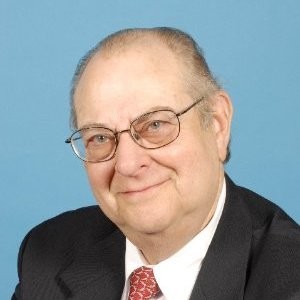 The award was created this year to honor those who contributed significantly to the Foundation over the years and remained involved throughout retirement. Nominees were submitted by Foundation Board members and then voted on by the entire Board.

Teichman obtained his designation in 1995 and held various Board positions, including Chairman and President. He was also a contributing author for the handbook and exam, has taught classes, mentored individuals and most notably, co-created the CLS designation in Ukraine. “It is a remarkable honor to be included in the inaugural class of Lifetime Members, and in such august company. The certification program has been a major part of my professional life for many years, but I never expected to receive such an accolade from my peers.”

Fisher obtained his designation in 1998, held various Board positions, including President, and also contributed to the Handbook and instructed various sessions. He is most known for assisting with the development of the Associate designation. “Suffice to say that I am honored and humbled to receive a Lifetime Membership in the CLFP Foundation. Today the CLFP Foundation and its designation is recognized worldwide as the go-to standard for professionalism and education in our industry. I would like to thank the Foundation’s Board and Executive team for this honor. Even today I find the industry as fresh and enjoyable as it was 40 years ago.”

Finally, Rosenlund obtained his designation in 2000 and held various Board positions, contributed to the Handbook and exam, and taught many sessions for candidates. “During my tenure, we had about a 1,000 less CLFPs and were negotiating the 2008-2010 financial downturn, where many lessors were forced out of business, consolidated and our membership was declining. The CLFP is a Foundation that depends on volunteers, and I enjoyed of all my work with CLP/CLFPs as I met many friends and business associates, as well as provided the education to others to be successful in our business. I am honored to be recognized!”

The CLFP designation identifies an individual as a knowledgeable professional to employers, clients, customers, and peers in the commercial equipment finance industry. There are Certified Lease & Finance Professionals and Associates located throughout the United States (including Puerto Rico), Africa, Australia, Canada, India, and Germany. For more information, visit http://www.CLFPFoundation.org.